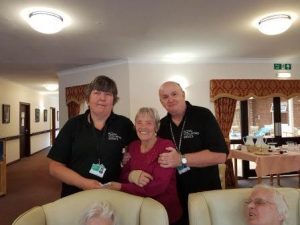 Volunteers who run weekly sessions to bring back joyful memories for residents at a Durham care centre were treated to a heartfelt “thank you” by the home.

The Durham and Darlington Hub of the Royal Voluntary Service (RVS) has been supporting Bowburn Care Centre by entertaining residents with lively “Music and Memories” activities every Thursday for the last 18 months.

So the staff, residents and their families decided to turn the tables by organising a special day dedicated to expressing their gratitude to the volunteers.

They held a coffee morning, with volunteers Jackie Fox and retired soldier Major John Unsworth as guests of honour, including cakes and a few games of musical bingo.

The event, on June 22, which was also open to older people from the local community, included a raffle, which raised £68 for the RVS.

“Our residents really enjoy the weekly visits from the RVS, which are always lively and often quite noisy,” said Susan Hogg, manager of the home, which is run by the award-winning St Philips Care group.

“Sometimes they play music and other times there might be a sing-along or old black and white films are shown. It all helps to bring back memories for our residents. They absolutely love it and wanted to say ‘thank you’ to the volunteers, which is why we organised the fundraising event for the RVS.”

Among the residents who have benefited from the RVS visits is 80-year-old Margaret Blacklock, whose husband, Alan, often comes to the care centre and joins in the fun.

Mrs Blacklock said: “I enjoy the weekly music sessions. We have sing-alongs, musical instruments and singers. The songs bring back memories of when I was younger. I love it when my husband comes to visit when the sessions are on as we often dance and sing together.”

Volunteer Jackie Fox said: “Over time I’ve noticed a real difference in both Margaret and Alan. The music seems to have brought them closer together, evoking memories of their younger days. Since Christmas Alan has been getting up and dancing with Margaret and other residents.”

The RVS Durham and Darlington Hub originally set up the sessions – aimed at combating loneliness and isolation for people living with dementia – with the help of a National Lottery grant.

It now runs similar programmes at several centres in the area.

Dawn Hickman, service manager for Durham and Darlington Hub’s “Music and Memories”, said: “Bowburn is the first care home to organise an event to thank us – and we think what they did is absolutely fantastic. Jackie Fox, who leads the Bowburn sessions, has become very attached to all the service users there.”

The care centre is a purpose-built home, which specialises in residential nursing and dementia care and has four units named after the coal seams well known in Bowburn – Hutton, Tilley, Low Main and Brockwell.

Each unit has 20, en-suite bedrooms and is a self-contained community, with its own lounges, dining rooms and fully-equipped bathrooms with the latest facilities.

The home’s owners, St Philips Care, recently clinched the UK Over 50s Housing award for being the “most outstanding” care group in the UK, with judges describing the company as the “lighthouse to a generation”.Bowburn volunteers 0926 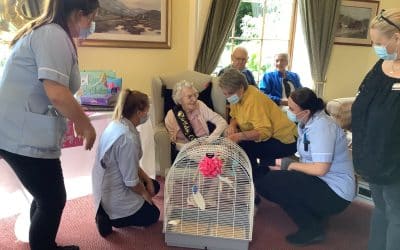 Tunstall Hall Resident Celebrates Their 102nd Birthday, With A Budgie!

What better way to celebrate your birthday than with a budgie? And not just any birthday, but 102nd birthday! Our lovely resident Nellie had an amazing day with the team at Tunstall Hall celebrating her special day. Nellie had always wanted a budgie, so the team at...

END_OF_DOCUMENT_TOKEN_TO_BE_REPLACED 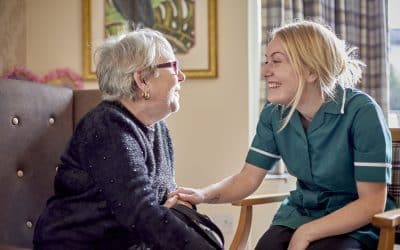 St Philips Care Group, which has six homes in and around the Lincoln area, is proud to be working in partnership with Lincoln College. Working together they are providing training opportunities for those college students who require the chance for placements in local...

END_OF_DOCUMENT_TOKEN_TO_BE_REPLACED 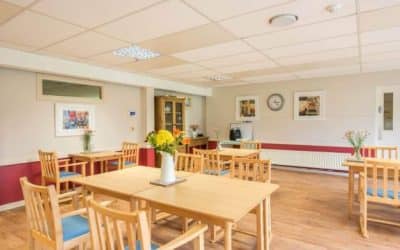